We're making our interview with Rebecca Skloot available early due to the huge advance interest in her book, The Immortal Life of Henrietta Lacks. This is an intriguing 72 minute audio interview with Rebecca; please dowload it today. Just click on the white box with the blue musical note and it will take you to the download page.

With vampires ubiquitous in the popular culture, Dracula has returned to claim his throne. Stephen Usery interviews Dacre Stoker, the great-grand nephew of Dracula creator Bram Stoker, about the first family-approved sequel to the original, with Dracula the Un-Dead. Set a couple of decades after dipatching the Count, the intervening years haven't been kind to our band of heroes as a new threat invades London. Download the podcast today!

2010 marks the 75th anniversary of Elvis Presley's birth, so Stephen Usery interviews Alanna Nash about her new look at the king of rock'n'roll, Baby Let's Play House: Elvis Presley and the Women Who Loved Him. More than just a look at Elvis's love life, it investigates all his relationships with women, romantic, familial, platonic, artistic and business. Over one hour of talking about The King, download it today!

Stephen Usery interviews Pulitzer Prize winner Stephen Hunter. Though retired from the world of film criticism, Hunter has kept going with his successful line of Bob Lee Swagger novels. His just released I, Sniper follows Bob the Nailer as he tries to figure out who is assassinating anti-Viet Nam war activists more than thirty years after the end of the war. Load up the podcast today. 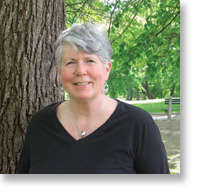 Stephen Usery interviews Patricia Harman about her memoir, The Blue Cotton Gown. The Blue Cotton Gown is a look at a year in Harman's life as she works as a nurse midwife in a university town in West Virginia and the challenges facing her and the women she treats.

We've begun revisiting past Book Talks. This week we have Inman Majors talking about his novel The Millionaires, which is newly available in paperback.

O'Henry and Pushcart winner Cornelia Nixon stops by to talk about her third novel Jarrettsville. Jarrettsville starts of with a woman murdering a man in front of dozens of witnesses on the fourth anniversary of the surrender at Appomatox. Jarrettsville is a small town in northern Maryland that had divided sympathies during and after the Civil War, which Nixon's book deftly explores. Book Talk each Saturday evening at 6:00 p.m. on FM 89.3 WYPL Memphis.