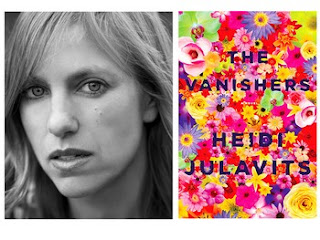 Stephen Usery interviews Heidi Julavits, an editor of The Believer Magazine. She has recently published her fourth novel, The Vanishers, which is the story of a young woman who attempts to develop her psychic abilities and is sucked into a web of deceit and confusion where an academic is searching for a believed-to-be-dead filmmaker and there is no such things as coincidence.