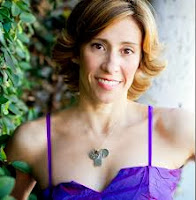 Stephen Usery welcomes Kami Garcia back to the program. Kami is one half of the duo responsible for the NY Times best-selling YA supernatural series, Beautiful Creatures a.k.a. The Caster Chronicles. Just in time for Halloween, she makes her solo debut with Unbreakable, the first in The Legion series about a teenage girl named Kennedy who is forced into a secret world of those who fight malevolent spirits on Earth.